Last Posts
Vanity
Who Do We Blame Now?
Minimalism: Simplicity is Beauty
Life is Good!
The Closest Ones are Far Away from Me
Does the One that Pass is Time, or...
Cotton Discrimination
Excesses
Butterfly
Trying to Please Everyone

I washed my clothes, then I started to align every single of them properly after they dried. But I realized that I was aligning those branded ones more carefully, and I was just folding down the cheap ones imprecisely by just looking at them. I suddenly stopped, and asked myself “What are you doing?”. It was a completely discrimination, whenas raw material of both was cotton. Maybe both of them growed in the same field, drank the same water, burned by the same sun, and are dispersed with the same wind. So what happened next?  What kind of reason made me to be extremely careful for one of these two pieces of cotton, and be imprecise for the other one? Shame on me! I felt like I disrespected those pieces of cotton. Then I thought about that. The only fault of that t-shirt which I throwed out imprecisely is the fact that a less popular brand collected it. It isn’t even a fault, we can call it as bad luck. What about that cotton which I folded with all of my attention? Its luck is the fact that a prestigious brand collected it.

Both of t-shirts were high-class. The duty of both was protecting me against cold and they were doing it precisely. My discrimination originated from the fact that fake identity which is called as “brand” was printed on those pieces of cottons. The only reason of all goings-on was the fact that one brand was making more advertisements than the other one, that’s all. I just prefered one of these two t-shirts which were made with same raw material by the reason of its advertisements were much more compare the other one. I folded one of them properly, but I randomly throwed out the other one.

Does the One that Pass is Time, or is it Me who Pass Through It?

An Open Letter to My Grandchild

Straight from the Shoulder! 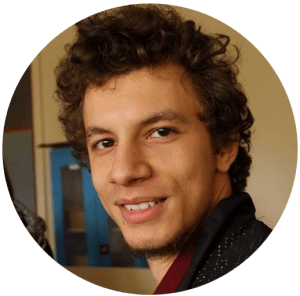